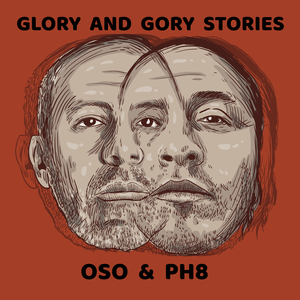 A recovered scientist, Oso Negro makes music of his life and time, embracing the timeless power of lyrical consciousness and hunger for life. "Breachin' kids thoughts, but aiming at the minds of men, finding them fighting tidal strength." –Oso. A twist of reggae, a splash of crooning and the ever-present spirit of live music feed this hungry bear’s desire to mix it up, keep it fun and stimulating.

Oso hit the road a lot over the last decade, participating in several regional tours and playing shows from Seattle to Los Angeles to Austin, Montana, and just about everywhere between. In addition, he's also been getting plenty of radio play in the region, on both terrestrial and internet radio stations in WA, ID, UT, NV, SD, MA, and MS, and has been interviewed multiple times on Boise Community Radio, KRBX 89.9/93.5, as well as on Monster Music 92.7 FM, Twin Falls, ID.

Influenced by the raw imagery of Wu-Tang, harmonies and gaze toward nature of Goodie Mob, mysticism of the Doors, and transcendence of topics by the likes of Aesop Rock, Cage, and El-P, Oso rarely if ever receives outright comparisons to other artists. His emceeing has been described as melodious, musical, and full of fun patterns. Don't forget the strong reggae and electronic undertones in his music, either.

JUB JUB'S THIRST PARLOR PRESENTS: The Clock Strikes Thirteen Tour “It was a bright cold day in April, and the clocks were striking thirteen.”  ― George Orwell, 1984. While change is inevitable, the healing powers of music will always be a tool to combat the looming Dystopian ideals of today. 4 modern day heroes will set off this Spring to spread their healing powers up the California and Oregon Coasts. Z-Man will Dazzle while True Justice drops the anchor...